Start a Wiki
Mochida Rui (持田 涙, Mochida Rui) was Akashi 's love interest and returned his feelings. She was the first player that Akashi met, and they worked together in every game, starting with Harau Haru Harou.

Rui is a very friendly, open individual who can talk with whoever she runs into. This helps lead to an early friendship with Akashi, who proves to be one of the key players in the game. She gets along well with everyone around her, and she has good eyes which have helped out more then once.

Rui later reveals that she was going through a depression before the games started. A piano prodigy in her youth, Rui suffered a hand injury that ended her future as a pianist. As a result, she was cast aside and emotionally neglected by her parents, who only cared about having a daughter who was a superstar pianist.

She first appears in Chapter 5, telling Akashi that he is riding his Second backwards. The two quickly become friends as they travel, and listen to Sein Kami's speech together. After Ushimitsu speaks out, she comforts Akashi by asking him to stay with her, reasong that since he rode his Second backwards, he was foolish-something Rui likes.

In Chapter 36, Ushitora the God/Monster who teleports participants naked to a random destination and shows them trauma kills her by slashing her back open as she jumps in front of Akashi to save him when they are surrounded by the two God/Monsters. 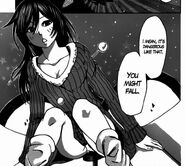 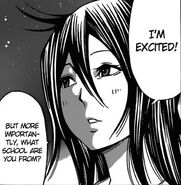 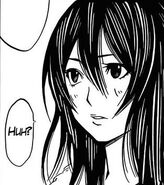 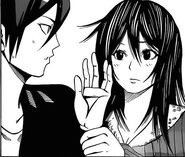 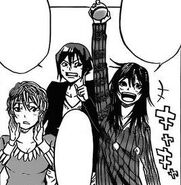 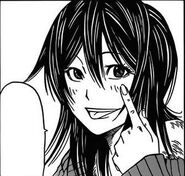 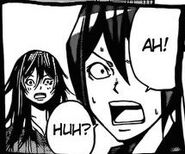 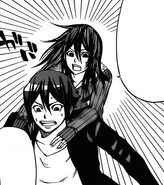 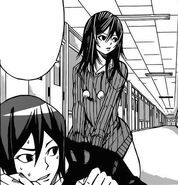 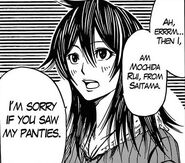 Add a photo to this gallery
Retrieved from "https://kamisama-no-iutoori.fandom.com/wiki/Mochida_Rui?oldid=5915"
Community content is available under CC-BY-SA unless otherwise noted.